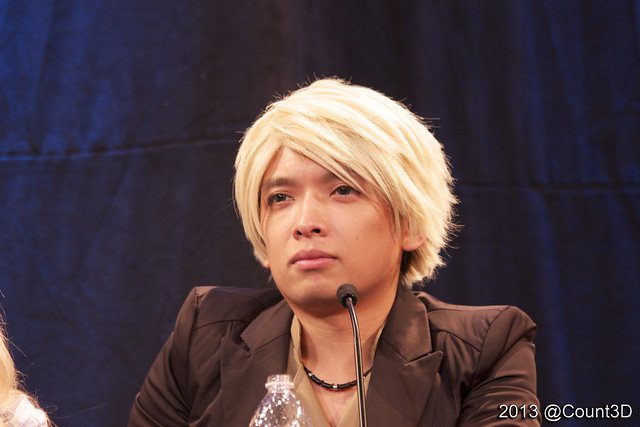 I normally don’t post on my blog at this time of the week, but I felt very strongly about making an exception today.  On Sunday, Feb 1, at 4:34 PM, animator and show director Monty Oum passed away from a severe allergic reaction due to a simple medical procedure.  Now, we can rant and debate about how a medical procedure led to the cause of Monty’s death, but that’s not the point of this article, nor should it even really be argued.  Everyone has their own range of allergies, so there’s no possible way that hospitals can make sure every single possible thing people get allergic to gets removed from procedures.

Monty Oum died at a young age of 33.  He had a wife named Sheena, and was a creative animator and director working at RoosterTeeth, a very popular Internet web company that produces quality content every day.  I’ve been a fan of them for a few years now and at this point, I’ve almost become emotionally invested in the people that work in this company.  Monty Oum was the director of a web show called RWBY, which he was inspired to create because of a dream he had.  He worked so hard day in and day out to make his dream into a reality as if he knew he was going to pass away when he did.  He didn’t waste a lot of his time near as I can tell. He would work overnight to get stuff done but at the same time you can tell he still enjoyed life.

That being said, his passing has really made me think about just how precious and fragile life really is.  You never know when your day might come.  It could be tomorrow, it could be next week, or ten years from now.  Regardless, it’s important to live life like you’re dying.  Savor every moment of it and don’t allow your job to get in the way of building relationships with your loved ones and making a difference in the lives of others.  It’s going to be really hard for RoosterTeeth to move on, and after everything Monty did for them, I think they will be thinking of him every day.  I’ve never met him personally, but this is probably the hardest famous-person death I’ve had to think about so far.  He managed to achieve so much and touch so many lives in his short life.  It’s a common desire to want to be remembered once you’re gone, and it’s no exception with me.  If I die young, I want to know that I have made a difference in other people’s lives first.

I don’t think I’ll ever forget Monty Oum, and it’s striking to me how emotional I feel about his passing even though I’ve never met him.  I feel emotional about it because I’ve seen enough of him on videos and know a lot about what he’s done to draw an emotional connection.  He will be deeply and dearly missed.