Well, in the backs of our minds, we pretty much knew this was going to happen for the last several weeks now.  My wife’s grandfather, Terry, passed away on March 31 while I was at work.  On the 30th, Kay told me that they were going to take him off of life support, so we knew it was only a matter of time.  Still, when she texted me he was gone the next day, it hit me like a brick, leaving me stunned and dazed.  I had to sit down for a few minutes.  I’m grateful my boss understood.  What a year it has been, and it’s only the beginning of April.

I can never compare my pain over Terry’s passing to Kay’s.  Kay knew him her entire life, all twenty-three years, while I’ve only known him for the last five.  Just several months after Kay and I started dating, I went with her and her family to Kansas City to visit her grandparents so I can meet them for the first time.  I felt instantly welcomed into the family.  Her grandparents came to like me quickly, and it was a relief to know how much they approved of me with Kay.  It was something I had never gotten to experience before.  When we went back in summer of 2017, that’s when that acceptance and approval really came through.  I got to have a late night conversation with Kay’s grandparents and learn more about Kay herself, and how I can be a better guy to her.  Terry was likable, wise, and had a powerful heart for God.  For his age, he had great energy.  He had a hand in raising Kay when she was growing up, and I recognized that.  He was always fascinated in the things I do and always asked questions to learn more.  While I didn’t agree with him on everything we talked about, he was easy to talk to.  He and Kay’s grandmother were very helpful in getting mine and Kay’s wedding set up and were a bright spot on an already bright wedding day.

I got to hear Terry say many things, but there was something I remember him saying that I will never forget.  We were talking about marriage once, and he said ‘it took me years to finally learn that I don’t always have to be the one who’s right’.  It was baffling to me to learn that it can take someone years and years just to learn one lesson in a marriage.  One special moment that I’ll always remember was when before I proposed to Kay, her dad and Terry prayed over me and basically gave me their blessing (an honor that should never culturally die).  I will never forget that.

I don’t want to stretch out this post for too long.  Like I said, my grief over losing Terry can’t even begin to compare to Kay’s.  It’s saying a lot though that after only knowing him for a little over five years and seeing him only a handful of times each of those years, losing him feels like a gut punch that I still haven’t fully recovered from.  The times I got to spend with him was anything but below average.  The grief and loss I feel after this is far deeper and more powerful than it did when I lost my own grandfather, my dad’s dad.  Though it was sad to know he was gone, I could only count on one hand how many times I had seen him, and one of those experiences was a bad one.  Terry made an impact on me in a way that one of my grandfathers never did.  He will be deeply missed. 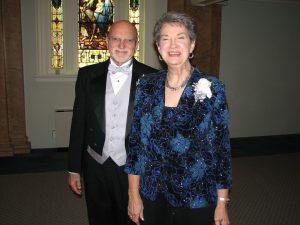